I recently started running a D&D game using the Hoard of the Dragon Queen adventure from Wizards of the Coast. This adventure is the first book of two in the Tyranny of Dragons story that combine to create a full adventure. The group that is playing consists of a DM (me) plus several adults and some of their sons. So, we have a group of 30 to 40 year old players with a couple of 9 year olds.

Ok, after re-reading that last sentence, I realize it could be interpreted as a group of one year old players with 30 to 40 members, but I actually meant that some of the members are in their 30s and 40s. I’m feeling too lazy to go back and change it, which makes even less sense when you realize that it took longer to type this paragraph than to re-word the previous one.

The first session went really well, and the adventure is pretty good. So far, I’m liking it quite a bit better than The Lost Mines of Phandelver from the Starter Set. It feels more gritty and realistic, and being an “adventure path”, it just feels more epic.

So, for the first night, we started out with character creation, which took a little while as there was only one Player’s Handbook available and 4 players who needed to create their characters. We created the characters by rolling for stats (rolling 4d6 and dropping the lowest die for each stat), then proceeding to fill in race and class details. I think we all enjoyed the character creation except for the one 9 year old who played in the first session. His dad later told me that he said (of playing the game), “it was kind of boring for awhile, but then it was fun.” His dad explained to him that we wouldn’t be creating characters in future sessions.

So, even though we’ll have another adult and at least one (maybe two more) kids in future sessions, the game for the first night ended up consisting of a half-orc monk, a human cleric, a human ranger, and a dwarf paladin.

If you haven’t played HotDQ and don’t want spoilers, I won’t be going into too much detail, but there may be some plot elements that I’ll give, so you might want to stop reading here.

As far as actually getting into the adventure, the characters made it into the town of Greenest, and as they approached, saw a blue dragon circling the city. Being brave adventurers, they went into the city anyway, although they stealthily entered the city by way of a river bank to the south. 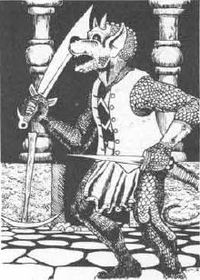 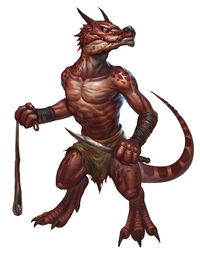 The very first encounter that is required by the text involves a family of 4 being chased by 8 kobolds (essentially little lizard men, pictured above in both original flavor and 5th edition flavor). The father is injured and unable to protect his family, so the mother is trying desperately to defend her family using a shield and a weapon. In our game, the characters attacked from cover and surprised the kobolds and were able to take them out in about 4 rounds with minimal damage (although the half-orc monk was down to half his hit points). The battle ended with the last kobold running to hide behind a tree (giving him cover and a boost to his AC), but then dying by eating an arrow when the ranger rolled extremely high on his attack.

The coolest thing from this first encounter was that the 9 year old, who is completely new to the idea of D&D, decided to heal the injured husband rather than using his turn and spell slot to fight or heal a party member. Everyone really enjoyed seeing that. The husband gave the cleric a copper piece for his thoughtfulness and pretended not to be jealous that the group of adventurers had impressed his wife by saving his family.

Between the stealthy approach to the town and the first combat, after spending most of the time making characters, we didn’t have much time for anything else other than for the characters to start moving toward the keep in the center of town.

We’ll be picking it up again this coming Friday and we’ll have a lot more time to focus on playing and getting much deeper into the adventure, but it was a great start.

I’ve read up through chapter 5 of the Hoard of the Dragon Queen adventure book to prepare for future sessions, and it’s got some really fun story elements and feels pretty organic, while still including some classic dungeon/cave delving along the way. I’m looking forward to what the players and their characters decide to do next.

If you’re on the fence about getting or playing this adventure, I’d recommend getting it, but one thing I’ll mention is that it does not hold the DM’s hand and provide specifics for everything you should do. Instead, it gives you the story elements and setting, along with combat info and non-player character details, but leaves everything else open for you to decide how things go and how to move the action forward. This has been a complaint in some of the reviews I’ve read, but in my book, it’s actually a big plus rather than a negative as it allows me to learn the basic story elements, but then fill in the details myself accordingly as needed.

2 thoughts on “D&D Hoard of the Dragon Queen: First Session Notes and Thoughts” 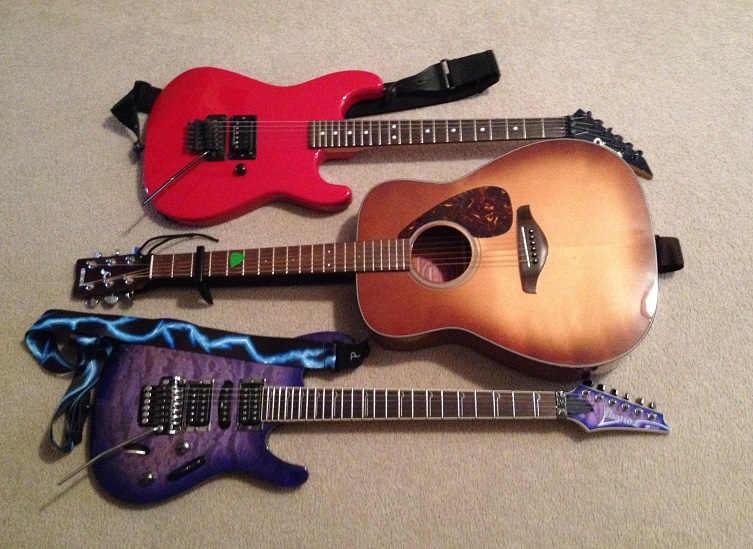